A downloadable game for Windows and macOS

A visual novel with short stories with explicit sexual contents.

Currently being developed at patreon.com/kalchivo

if someone literally copied this game and made more things, it's abandoned, isn't it?

are you saying that somebody picked up this abandoned game and began developing it themselves?

do you have a link to them?

Such. Shame this vn is abandoned 😭😭

nevermind it is LOL

It's a wonderful furry vn and Tylos is soooooooooooooo ero :DD.

This is a pretty great vn shame it got abandoned tho

Do someone have some Guide

How do I get to the upper second chapter of Ronch ?! D:

while i love the game im used to VNs giving you the ability to actually immerse yourself in the story and as a 20 yo Bottom Twink, i do not feel immersed with the 4 body choices i am given p3p

welcome to the VN! :D

you can save Tylos once you received the essence of chapter3&4！I found this in the shop to reverse the future.

Thank you sooooo much bud!!

Not me crying a little after the first story

OMG! This is brilliant VN, completely different to the others.  If the team are still reading this thread this deserves a lot more recognition and would love to see more.  Definitely signing to patreon to hopefully get more.

Such a shame this seamed like it would of been even better if carried on.  But hope the next project is just as good.

Where did you find that info from? Just asking

I guess we will have to accept that this game will be left as is for now.
Was hoping to have more stories and more branches for each character.
Got to appreciate all the stories that were written for this game
Can't wait to see Chivo's next project when it happens!

I am probably getting myself in trouble but if you type "badtimes stories guide" in google you may find a newer version.

So... Im in Ronch Chapter 2(? and, i choosed the option "Ronch should go instead of me", and I'm stuck with a blinking white dot, so I wanted to know, what happens after the white dot? I can't quit the game [cry]

congrats now wait for a few thousand years. he will come back eventually trust me *wink wink*

wait, the last update was 2 years ago.. what happened? is there something that happened to the game developer? I really wanna see the game continue!

Mcldiot, His status showed in is Patreon link up there. He very busy irl. Log show Feb 2021.

So I have a question, I have waited around half an hour for the white dot in Ronch's route. Can you continue further after a certain time or do you need to close and rejoin? Edit: I have closed it and opened it again, it worked.

Anyways, I really like the story and the character artwork. I'm curious what the build a body will end up looking. I'll definitely be a bit sad when I would reach the full game's ending

How does one get ronch ep3?

Do you download it on Android?I only have an Android device I want to try it🙂💔💔

It works fine in JoiPlay if you not using a Android 11. In that case you have to active the last option in it Config about use old version. You have to enable it in the main config at least different configs to different games not working here. I had to do it to play BlackGate too.

I talked to the author recently and they said that they will update the public version but they can't really say when. Also don't try to pressure or rush the author to put out something because they're currently really busy.

I'm glad they didn't just forget about it. They are probably in a financial situation. Wish I could help.

I think people didn't noticed last update here was in 2019 while his last post in pantreon was last month and look like his last update there in the game was in December. But I can't  read what update since only paid member can see it.

So he must be using it here was a advertising page to his game only. How could I say. That could been seen as a demo and if want update probably people may go there and pay for it.

That is what I think. Even if he update the public version have a lack of more than a year between his pantreon versions and this one.

Maybe I could buy the game when he finish develop that but depends of where he going to sell that.

It's unfortunate because the game has a lot of potential. I think most people in the furry community are pretty young and either can't pay for stuff online or don't feel the need to. Maybe I'll look on the Patreon when I get the chance. I kind of wish they stated that the public version would not get anymore updates.

LOL Yes, not that they going to ask money to parents to buy this kind of adult stuff. LOL

Anyway I would only pay for a complete work or invest to earn with the investment.

UwU when will the update for this VN arrive? Why on patreon only.

Actually, no but it's been a lot of time from the last time he put a public version here. He only update in his patreon.

did this vn pull a blackgate?

Hello! I´ve replayed this game recently and i found the white dot on the screen, happens that it is a morse code. Does anyone else been looking that up?

Update, I´ve decyphered the morse code and typped it on the screen while the dot´s on. It printed a screeshot on the game´s folder. wtf?

wait have you tried looking what was in the picture?

I played with it in photoshop but nothing came up

Damn, I was too lazy to decipher it, mind telling us wat it means?

that makes a lot of sense, however i prefer to live thinking theres something else. hahahahaaa. just like i shodow of the colossus

S is screenshot for games run via the Ren'Py engine. Checking the code doesn't have any secret.

Man you are such a genius. I also checked it myself and I think it's actually Dian rather than Dip.

wait so Guardian Is Lying?

This message is going to sound pathetic as fuck but I don't care. I was playing Tylos' story and I really liked it... but what happens two days later? man... that's so heartbreaking...

Is this VN dead?

A few people clam its not but it's been over a year without any updates so I'm going to say mostly yes. I still check back on it from time to time because I was really interested in the Dragon guy that was supposed to be next.

Yeah that's why I asked.. Oh well... It's sad how nice visual novels just die and they are abandoned like that

Hey I could be wrong

I searched in Google and found it.

last time I looked at the patreon it seemed like he was just doing art and commission work for his patreons. He do talk about it be but as far as I know no real update has been made apparently he's dealing with some IRL stuff that's taken a toll on his mental health. 2020 is hard on a lot of us so I'm saying it's dead for now but may come back later.

I searched in Google and found it.

love it so much realy great just curious

Depends on which story u are on

will the game would be updated or not?

I wonder about that myself.  I got a notice last year that the public build was going to update, but a year past, and no new one.

Hes active but the process is just really slow I guess we have to wait longer. his patreon is active so check there...

actually he's released about 5 public versions since 1.4. I thinks he has stop posting them here though. If you look him up on yiff.party you'll see the latest up date i believe it 1.9 right now. he even sent out a message on Aug 1st saying the game was almost complete.

How can i reset my safe file?

Reinstalling the Game doesn't work, deleting all files (even under Appdata) doesn't work, etc. - I missclicked an really want to try it but in can't get it to reset at all. 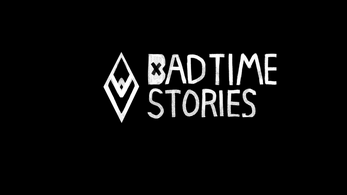 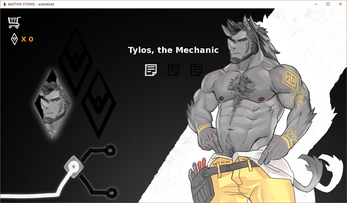 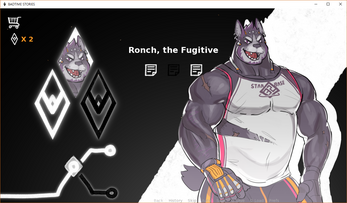 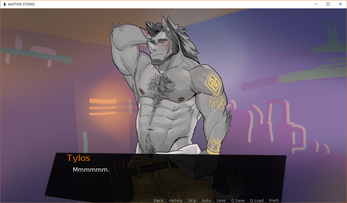